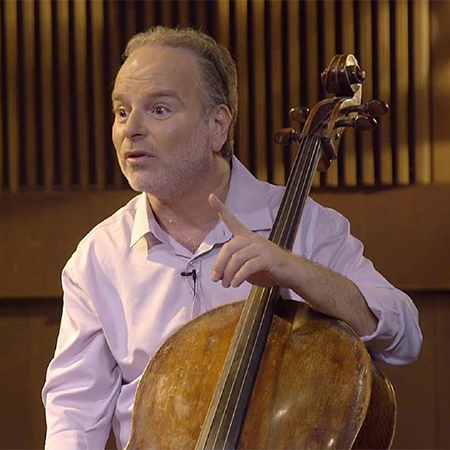 Zvi Plesser studied with Zvi Harel in Israel and David Soyer in the USA, and is a graduate of the Juilliard School where he studied with Zara Nelsova. He has won numerous awards including First Prize at the Washington International Competition and was an AICF scholarship recipient.

He made his American debut at Carnegie Hall at the age of 17 and has performed with many leading orchestras both in Israel and abroad, including the Israel Philharmonic, the National Symphony Orchestra, the Buffalo Philharmonic and the Academy of St. Martin in the Fields. In 2002 he performed the world premiere of Bardanashvilli’s Dialogues for Cello and Orchestra with the Israel Symphony Orchestra. Zvi Plesser is currently on the faculty of the Jerusalem Academy of Music and Dance.

He is frequently invited to give master classes and to coach in music centers in Europe and the USA.