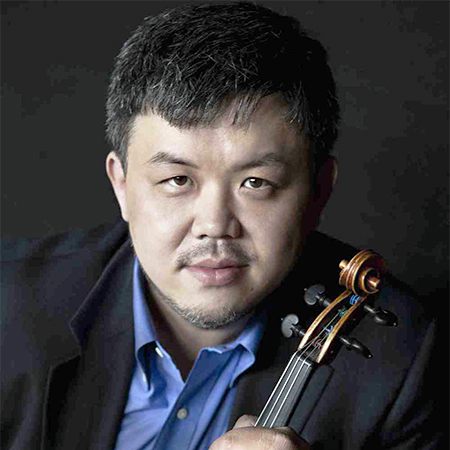 Violinist Xiao-Dong Wang entered the Shanghai Conservatory of Music at the age of ten. Mr. Wang was First Prize winner in the Menuhin International Violin Competition and First Prize winner in the Wieniawski-Lipinski International Violin Competition at the ages of thirteen and fifteen. He was brought to the attention of Dorothy DeLay of The Juilliard School who arranged for him to begin a four-year scholarship starting in 1986. A guest soloist of considerable experience, Mr. Wang has performed with orchestras around the world, including the Royal Philharmonic in London, the London Mozart Players, Adelaide, Perth, Queensland Symphony Orchestras, and Sydney Opera Orchestra. His recording credits include the Bartok Concerto No.2 and Szymanowski Concerto No.1 for Polygram Records. He has also appeared performing on both violin and viola in chamber music concerts at Lincoln Center, Kennedy Center, Aspen, Ravinia and in many other festival and musical events worldwide.

Mr. Wang is the resident soloist of the Shanghai Symphony for the 2012-13 Season, he will appear three times as soloist with the orchestra during the season as well as presenting chamber music concerts and Master classes. During his residency, Mr. Wang will also perform as a soloist with three other major symphony orchestras in China, including The China Philharmonic in Beijing.

Mr. Wang is the artistic director and a founding member of the renowned chamber music group Concertante, where he has collaborated with world renowned musicians and made a vast number of chamber music recordings.