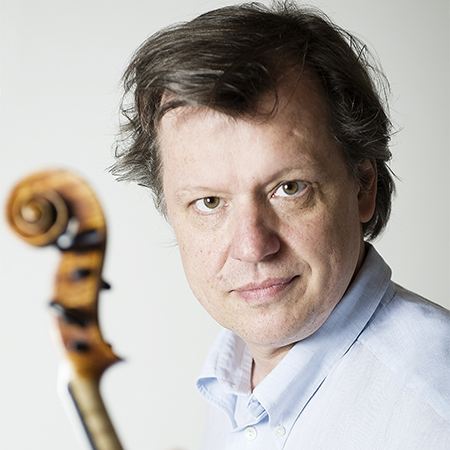 The Swedish violinist Ulf Wallin studied at the Royal Academy of Music in Stockholm with Prof. Sven Karpe and later at the University of Music and Performing Arts in Vienna with Wolfgang Schneiderhan.

He has performed on important concert stages such as the Berlin Philharmonic, La Scala di Milano, Théatre des Champs-Elysées Paris, Wigmore Hall and the Vienna Musikverein.

His keen interest in contemporary music has led him to work closely with major composers such as Anders Eliasson, Alfred Schnittke and Rodion Shchedrin.

He has made numerous recordings for radio and television. His productions, with over 50 CD recordings (BIS, cpo, EMI and BMG), have received great recognition and attention in the international media.

In 2013 he was awarded the Robert Schumann Prize of the city of Zwickau. In 2014 he was appointed a member of the Royal Swedish Academy of Music.

Ulf Wallin plays a violin by the Venetian master Domenico Montagnana from 1746.