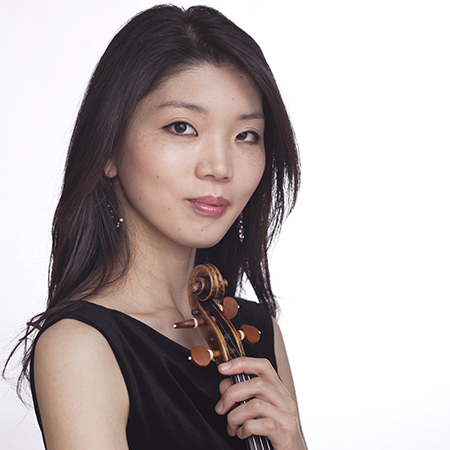 She began her musical training in Tokyo. Her teachers were Takashi Shimizu at Tokyo National University of Fine Arts in Japan, Eduard Schmieder at Southern Methodist University in USA, and Rainer Kussmaul at Freiburg Musik Hochschule in Germany.
​
Since 1997 she has received numerous awards including the “Best Musician of the Year” Award from the Critics’ Association of Japan (2005) and the prestigious Idemitsu Music Award (2009). Between 1995 and 2002 Sayako Kusaka participated in international violin competitions and won prizes at Pablo de Sarasate Violin Competition (1995, Forth Prize), Jean Sibelius Violin Competition in Finnland (2000, Third Prize), and Japan Music Competition (2000, First Prize). She also got silver medal and the Best Interpretation of Caprice Award at Premio Paganini Violin Competition in Italy (2001) and awarded first prize at Rudolfo Lipizer Violin Competition in Italy (2002) where she also won seven special prizes—the maximum for which she was eligible –including awards for best performances of Bach, Mozart, contemporary compositions and more.

Her numerous concerts in Japan, USA, and Europe could hear through CDs, Radio or Television. She is a member of the “Konzerthaus Quartett Berlin” since 2013 and the “Streichtrio Berlin” since 2016.
​
Sayako Kusaka plays her Pressenda violin of the year 1822.