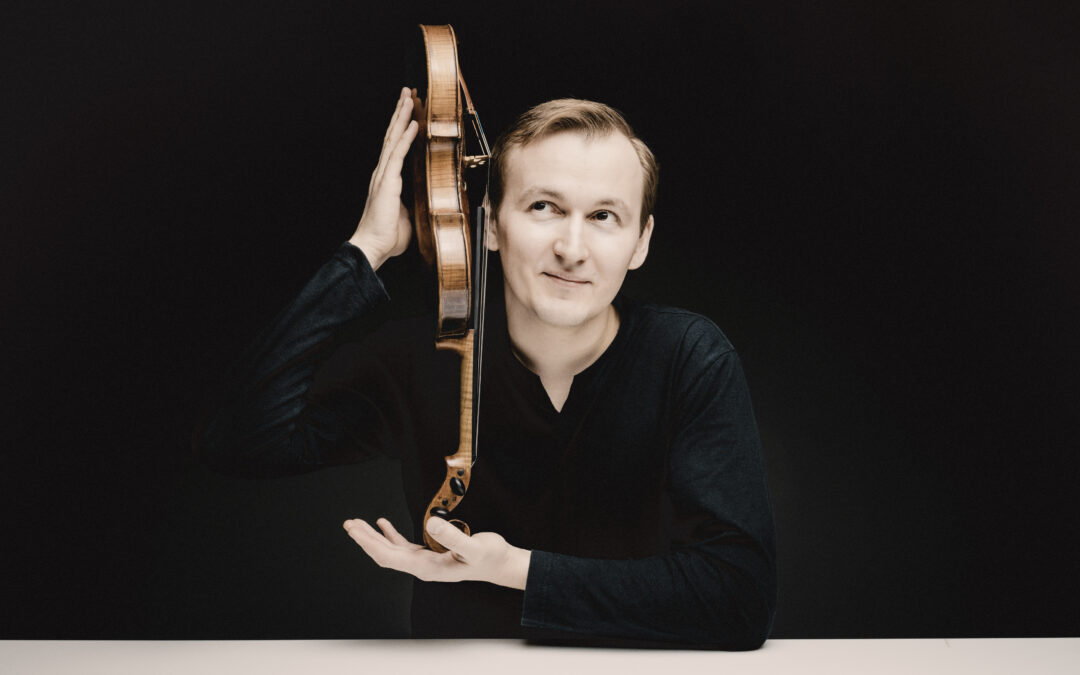 “Boriso-Glebsky is a remarkable instrumentalist with an amazing performance technique and an uncompromising artistic vision.”.

Among the highlights of the 2020/21 season there are quartet concerts with Nikolai Lugansky, Narek Hakhnazaryan and Maxim Rysanov at the National Auditorium in Madrid, the Vienna Konzerthaus, the Tchaikovsky Concert Hall and the Mariinsky Theatre Concert Hall; a performance with the Finnish Radio Symphony Orchestra conducted by Emilia Hoving, the Honored Russian Academic Symphony Orchestra of the Philharmonic Orchestra; a concert in the Zaryadye Hall with Alexander Lazarev and the State Register of Russia named after E. F. Svetlanov.

Plans for the 21/22 season include performing with the Lahti Symphony Orchestra in the Great Hall of the St. Petersburg Philharmonic; a concert with Boris Berezovsky and the State Orchestra of Russia named after E. F. Svetlanov, as well as a debut with the Russian State Youth Symphony Orchestra in Moscow. Additionally, a huge project in the Japanese Suntory Hall was re-scheduled in summer 2022: the performance of all the quartets of Ludwig van Beethoven.

In 2019, Nikita recorded a previously unreleased concert by Eugène Ysaÿe for “A Tribute to Ysaïe” CD with the support of Chapelle Musicale. The handwritten score was found in Juilliard School and edited by Xavier Falk, a specialist in the work of the Belgian composer. The project, which Renaud Capuçon, Henri Demarquette, Pavel Kolesnikov, Stéphane Denève also participated in, was awarded the prestigious Diapason d’Or award.

Nikita Boriso-Glebsky was born in 1985 in Volgodonsk, Russia. He graduated from the Moscow State Conservatory and got the doctoral degree (class of Professor Eduard Grach and Associate Professor Tatiana Berkul), then he was improving his skills under the guidance of Augustin Dumay in Brussels and Anna Chumachenko in Kronberg. He participated in international masterclasses Keshet Eilon in Israel patronaged by Shlomo Mintz.

He was awarded by various foundations and the Government of Russia; in 2009, he was awarded the Violinist of the Year award by the International Maya Plisetskaya and Rodion Shchedrin Foundation (USA), in 2011 – the Virtuoso Prize of the Italian Academy of String Instruments and the Antonio Stradivari Society (Cremona), the Jan Sibelius Medal from the Sibelius Foundation in Finland. In 2010, the Russian newspaper “Musical Review” declared Nikita as the “Person of the Year”.

He took part in festivals in Salzburg, Rheingau, Dubrovnik, Turku and Kuhmo, the “La Folle Journee” festival in Nantes, Tokyo and Yekaterinburg, the “December Evenings” of Svyatoslav Richter, the Beethoven Festival in Bonn, the “Stars of White Nights” and “Arts Square” festivals in St. Petersburg, the Oleg Kagan Festival in Kreut, Violino il Magico in Italy, Denis Matsuev’s Crescendo, Boris Andrianov’s Vivacello and many others. He pays special attention to the music by contemporary authors and composers of the XX century; he is the first performer of a number of compositions by Rodion Shchedrin, Alexander Tchaikovsky, Kuzma Bodrov.

In 2018, an anthology of Nikolai Medtner’s works for violin and piano performed by Nikita Boriso-Glebsky and Ekaterina Derzhavina was released on the German label Profil, which was highly appreciated by international critics.

He plays the violin created by the Austrian master Martin Schwalb in 2020 on the model of the Guarneri del Gesù “Ole Bull” violin from 1744.