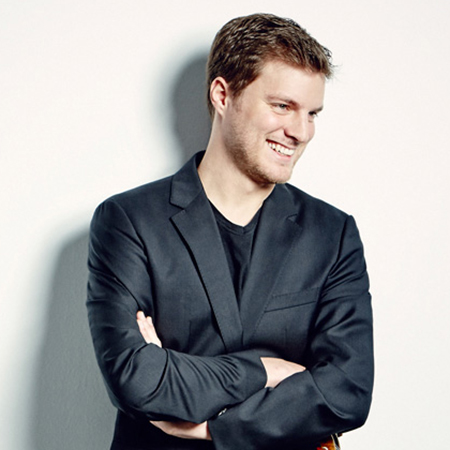 The international press has written that, “Miguel Colom plays with great distinction”, and has stressed his “narrative strength, vitality and passion”. Great respect for the works he performs, elegant playing and communication with the audience all make Colom an exceptional violinist.

In parallel to his career as a soloist, Miguel Colom is an active performer in chamber music, having performed with artists such as Antje Weithaas, Rainer Schmidt, Denis Pascal, Cuarteto Quiroga, Cuarteto Casals, Artemis Quartet, Duo del Valle, Karl Leister, Pepe Romero, amongst others. He is currently a member of the Trío VibrArt, with the pianist Juan Pérez Floristán and the cellist Fernando Arias.

Miguel Colom has recorded for Televisión Española, Deutschlandradio Kultur, Yle Finnish Radio, Slovak Radio, Radio Catalunya and has also released a CD with works from the concerts he gave while resident artist at the Auditorio l´Ateneu de Banyoles (2012).

Born in Madrid, he began to study violin with Sergio Castro and Anna Baget, then continued in some of Europe’s most prestigious institutions: Escuela Superior de Música Reina Sofía, under Rainer Schmidt, the “Hanns-Eisler” Hochschule für Musik Berlin with Antje Weithaaas and the Arts University of Berlin (UDK) with Nora Chastain. He has also participated in master classes with important performers including Eberhard Feltz, Ferenc Rados, Ana Chumachenco, Claudio Martínez Mehner and Mauricio Fuks.

This training in top level institutions was backed by scholarships, such as the Postgraduate Grant from the Obra Social La Caixa, the senior specialisation grant from the Sociedad de Artistas Intérpretes o Ejecutantes AIE and a grant from Juventudes Musicales de Madrid.