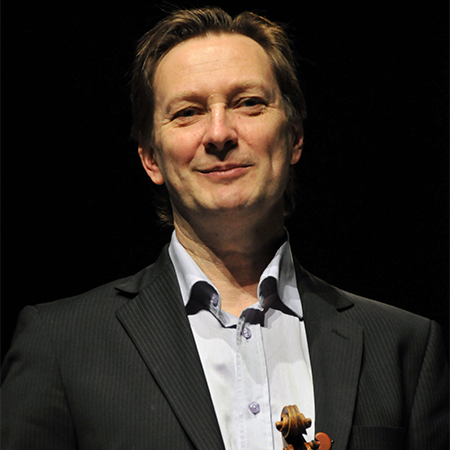 Mats Zetterqvist was principal second violin of the Chamber Orchestra of Europe between 2009 and 2017. He joined the COE as guest leader in 1994 with conductors such as Boulez, Pretres, Chung and Fischer. He has remained an associate member of the orchestra.

In 2009 and 2010, he led the Orchestra for two projects with pianist Pierre-Laurent Aimard to Tanglewood and New York’s Lincoln Center, USA, in performance of works by Bach, Mozart, Ligeti and Carter. Since he joined the COE, Mats has been much involved in chamber music concerts and particularly enjoys taking part in educational and outreach projects for children and music students as well as audiences unused to listening to classical music.

Born in 1954 in Sweden, he graduated with a Soloists diploma at the Stockholm Royal College of Music in 1976 and continued his studies at the Liszt Academy of Music in Budapest. Mats has been a soloist with all the leading orchestras of Sweden, with conductors such as G.Rozhdestvensky, Myung-Whun Chung, Paavo Berglund and Leif Segerstam. His numerous Solo recitals include all the solo pieces by J.S.Bach and Bartók’s Solo sonata. He was the leader of the Zetterqvist Quartet from 1974 to 2002 and the Zquartet until 2007. He was also leader of the Stockholm Radio Symphony Orchestra from 1989 to 1994. He was a member of Trio Mats, a piano trio with international reputation, alongside pianist Mats Widlund and cellist Mats Rondin.

Mats often appears as a conductor and directing various chamber and symphony orchestras from the leaders chair. Last season he appeared with orchestras in Sweden, Finland, Italy and the UK. He is a Professor of Chamber Music at Edsberg High School of Music in Stockholm and a member of the Stockholm Royal Academy of Music.

He plays a 1768 Guadagnini violin.

Beside his musical activity, Mats particularly enjoys walking across the Swedish countryside, reading and cooking.