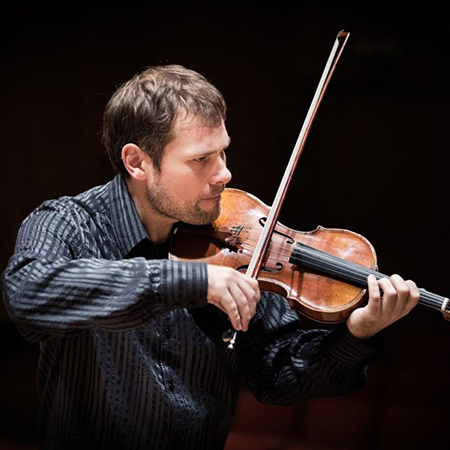 He was taught by his father (Professor Krzysztof Jakowicz, an outstanding and internationally famous violinist and pedagogue) at the Warsaw Chopin Academy of Music.
He has been appearing on stage as a soloist since the age of 11. In 1998, aged seventeen, he was invited by Krzysztof Penderecki to perform his Capriccio with the Cracow Philharmonic Orchestra at The Penderecki Festival in Cracow.

He is a laureate of the Polish “Paszport Polityki” award (2003), as well as of the “Orfeusz” award of the Warsaw Autumn International Festival of Contemporary Music (2007).
At the invitation of Thomas Zehetmair, in 2005 he has joined the Zehetmair Quartet which is regularly invited to appear in the US and Japan and makes annual European tours.

Beyond his work as a soloist and chamber musician Kuba Jakowicz has been a Teaching Assistant at the Chopin Warsaw University of Music since October of 2004.
Kuba Jakowicz plays the Nicolas-Francois Vuillaume violin on loan to him courtesy of Mr. Alejandro Abad from Valencia (Spain).