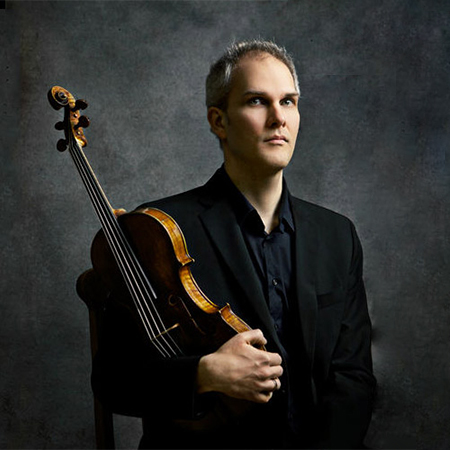 Born in Chicago in 1974, JONATHAN BROWN began his musical studies at the age of four, and later began playing the viola in chamber music ensembles. He studied with Heidi Castleman, Martha Strongin Katz and Victoria Chiang, before receiving his Masters Degree from the Juilliard School with Karen Tuttle.

Upon receiving a Beebe Grant for Musicians, Jonathan moved to Salzburg where he studied at The Universität Mozarteum with Thomas Riebl and Veronika Hagen. He participated in masterclasses with Diemut Poppen, Sylvia Rosenberg and Donald Weilerstein and has been profoundly influenced by his lessons with Ferenc Rados and György Kurtág.

In 2002 Jonathan joined the Cuarteto Casals, with whom he has regularly appeared in the most important concert halls and festivals around the world. The quartet records exlusively for Harmonia Mundi, for whom they have recorded extensively covering a wide range of repertoire from Boccherini to Kurtág.

Jonathan has also been a featured guest of other chamber music ensembles, including the Tokyo, Kuss, Miro, Quiroga and Zemlinsky Quartets and the Kandinsky Trio. A dedicated performer of new music, Jonathan is a fouding member of Funktion and has often appeared as soloist with BCN216, performing works of Morton Feldman and Luciano Berio. He is currently professor of viola and chamber music at ESMUC in Barcelona and assistant professor of viola at the Escuela Reina Sofía in Madrid, and is frequently invited to give masterclasses throughout Europe and America.