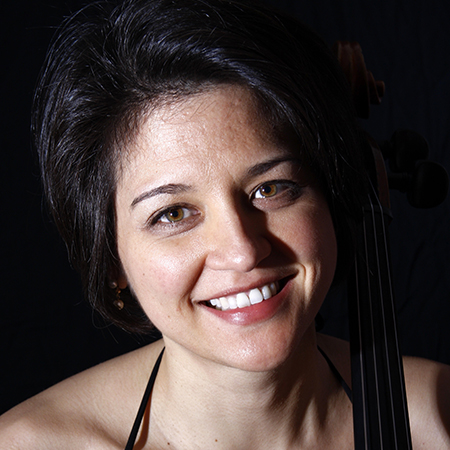 Cellist Erica Wise enjoys a versatile career, as a chamber and orchestral musician, soloist and teacher.

A founding member of the Dalia Quartet, she also enjoys regular duo partnerships with pianists Kennedy Moretti and Llüisa Espigolé. Actively engaged with the contemporary music of our time, she has given numerous world and Spanish premieres both as soloist and as a founding member of FUNKTION, a contemporary chamber ensemble based in Barcelona.

As winner of the Nakamichi Cello Competition, she performed the Dvorak Concerto at the Aspen Music Festival with maestro Michael Stern. Other solo performances have included the Walton Concerto with the NEC Symphony Orchestra in Jordan Hall and with the Hudson Valley Philharmonic under maestro Keith Lockhart. Wise has served as principal cellist for conductors such as Michael Tilson Thomas and Seiji Ozawa and has toured with the New World Symphony, Baltimore Symphony Orchestra and is an artistic advisor for Da Camera.

Erica Wise received her Bachelors of Music from the Peabody Conservatory and Masters from New England Conservatory, graduating with a Distinction in Performance. As a Harriet Haley Woolley scholar, she studied baroque cello in Paris with David Simpson. Her primary cello teachers have included Ronald Thomas, Colin Carr, Larry Lesser and Gary Hoffman. She has also been greatly influenced by the teaching of Ferenc Rados.

She is currently professor of cello and chamber music at Conservatorio Superior de Música del Liceu in Barcelona, SPAIN.