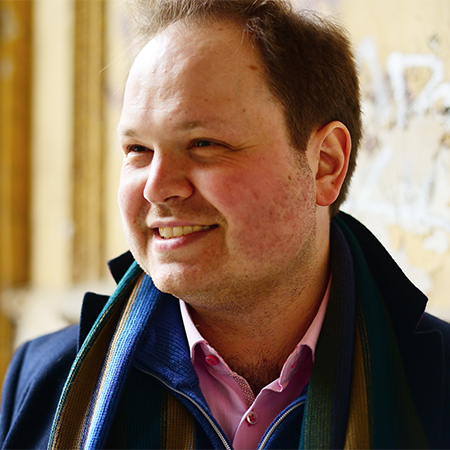 St.Petersburg-born violinist Daniel Austrich has equally successful established himself both as a charismatic soloist, as well as a much sought-after chamber music partner, regulary performing on main stages of Russia, Europe, Japan, Israel, and North and South America.

He made his debut on the viola at the Dyaghilev Festival in Perm in 2014, performing viola quintets by Mozart and Brahms together with the David Oistrakh Quartet.
Austrich studied with Alla Aranovskaya in his native St.Petersburg and at the Oberlin Conservatory, and went on to study with the legendary Viktor Tretyakov at the Hochschule für Musik in Cologne.

He has been a member of the Michelangelo String Quartet since 2012, and has been teaching violin and chamber music at the Hochschule Cologne since 2015.