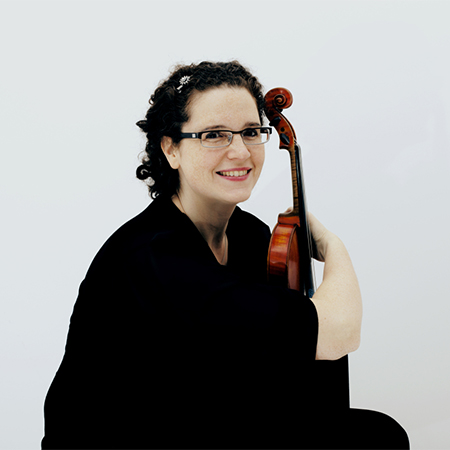 Violinist Anthea Kreston has received numerous awards for her chamber collaborations including honors (as a member of the Avalon Quartet) at the Melbourne and Banff International Competitions, Top Prize in the Munich ARD International Chamber Music Competition, and Grand Prize at the Concert Artists Guild International Competition. The San Diego Reader said of her “…Anthea is a soloist of the Heifetz- Shaham-Vengerov caliber, whose musical instincts could make even a mere bagatelle thrill the soul and stir the senses to a frenzy.” She made her solo debut at the Kennedy Center in Washington, D.C., and tours actively with her piano trio, The Amelia Piano Trio. Anthea has won awards from Chamber Music America for her groundbreaking work with abused children and AIDS patients in Hartford, CT.

The Amelia Piano Trio has enjoyed a busy performance schedule since its forming. One of the brightest groups in America, the Trio was honored as a recipient of the ASCAP Award for Adventurous Programming. She has also enjoyed touring as part of YoYo Ma’s Silk Road Project, which brought her from Las Vegas to Kazakhstan.

Anthea holds a B.A. in Women’s Studies from Cleveland State University and a performance degree from the Curtis Institute of Music. She has taught at the Hartt School of Music (where she received her Master’s Degree), Wesleyan University, and Willamette University. Anthea can be heard on the labels Naxos, Cedille Records, and Channel Classics.