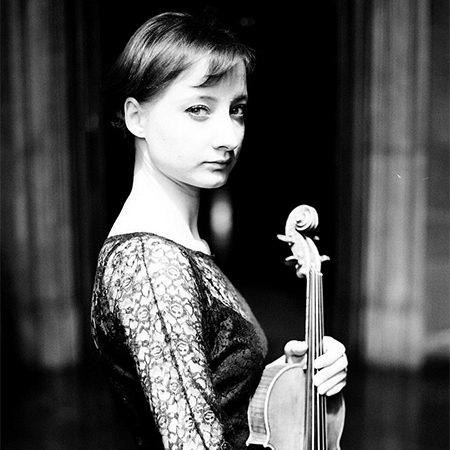 Anna Maria Staśkiewicz is a violinist born on 8th November 1983 in Będzin.

She studied under the supervision of Marcin Baranowski at the Academy of Music in Poznań, graduating with honours in 2007. She has participated in master courses led by Konstanty Andrzej Kulka, Petru Munteanu, Krzysztof Węgrzyn, Wanda Wiłkomirska, Marina Yashvili, and Tatiana Grindenko.

The artist has received scholarships from the Ministry of Culture and National Heritage (six times), the city of Poznań (2002) and the Yamaha Music Foundation of Europe (2003). She also received the City of Toruń Presidential Prize (2004) and the Marshal of the Kujawsko-Pomorskie Province Prize. She was nominated twice for the Polityka Passport award (2003, 2006) and once for the Fryderyk award (2006).

In 2010, Staśkiewicz released an album (recorded together with the pianist Marcin Sikorski), which features compositions written by Witold Lutosławski, Alfred Schnittke, and Sergiusz Prokofiew.