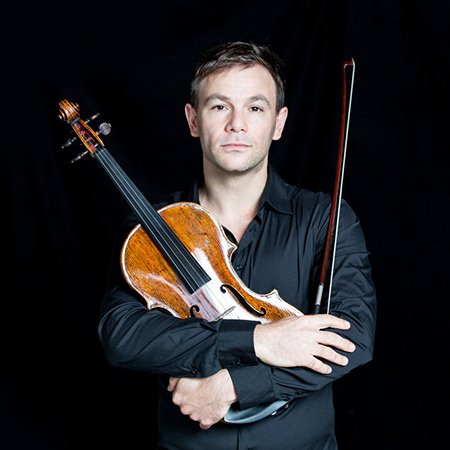 Amihai Grosz, born in Jerusalem, started playing violin at the age of five and switched to the viola when he was eleven. He initially studied with David Chen at the Jerusalem Academy of Music, later continuing with Tabea Zimmermann in Berlin at the Academy of Music “Hanns Eisler” and with Haim Taub at the Keshet Eilon Music Center in Israel. In September 2010 he was appointed first principal viola of the Berliner Philharmoniker. As a concert soloist he has already appeared with various renowned orchestras like the Jerusalem Symphony Orchestra, the Israel Chamber Orchestra, the West-Eastern Divan Orchestra and the Berlin Staatskapelle.

Amihai Grosz is a founding member of the Jerusalem String Quartet and also plays in the Philharmonic Octet. In addition, the violist has performed as a chamber musician with partners including Yefim Bronfman, Emmanuel Pahud, Mitsuko Uchida, Janine Jansen and Julian Rachlin, at prestigious venues and festivals in Israel, the Netherlands and Switzerland and the UK. Amihai Grosz plays an instrument made by Gasparo da Salò from the 16th century which is on loan to him for life from a private collection.